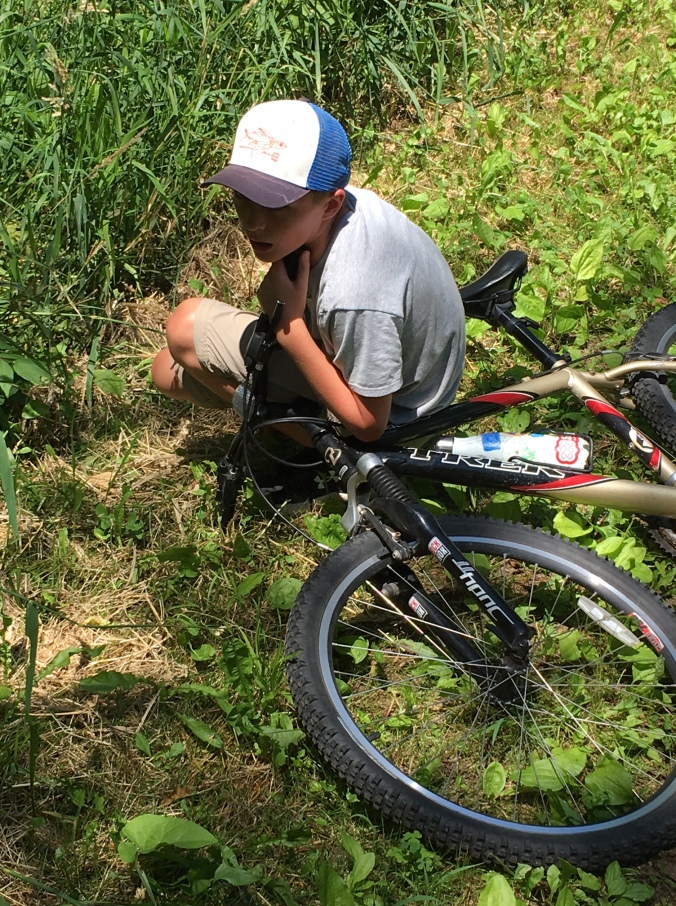 The other day I was sitting in a meeting listening to someone babble on and on about something that was VERY important to them and the thought crossed my mind: “Nobody cares.”

In the next instant, it occurred to me that I do a lot of babbling on and on about things that are important to me and the reality is that NOBODY CARES.

I don’t mean that nobody cares when a child falls down on his bike like my son did above and needs someone to help him up. Instead, I mean that nobody really cares about all of the reasons, excuses, needs, wants, and hopes that you have unless those are also relevant to them. The only person that cares about all of that is the one who is running their mouth. For everyone else, they want to know what this has to do with them or they are waiting their turn to talk about the stuff they care about.

I started to write today about how we need to be more conscientious of each other’s feelings, genuinely listen to others we are with, and bemoan the fact that everyone is just so selfish that they don’t care about what other people have to say. But you wouldn’t really care.

Instead, I’m going to commit to only opening my mouth when the things I’m going to say are something that the others in the room have a genuine stake in. I’m also going to try to kindly hold other accountable to not blabbing on and on about things that no one cares about.